Napoli coach Gennaro Gattuso has said that playing in empty stadiums, coupled with the hectic fixture list, have made him feel like his team are playing a different sport.

After watching Napoli battle to a 2-1 home win over Udinese in Serie A on Sunday, Gattuso said it was wrong to judge players by the usual standards and inconsistency was to be expected.

“We are playing another sport — without fans and playing so often, this not football,” he said.

“The players are not robots and you get strange results. You can’t say anything bad about this Napoli team, we have to be satisfied. We are getting results even if we are not brilliant.”

Napoli, who are in sixth place with 56 points, have guaranteed a place in next season’s Europa League as Coppa Italia winners and are focusing on their Champions League last 16 second leg in Barcelona next month with the score at 1-1.

Gattuso said he was not concerned about a rise of novel coronavirus cases in the Barcelona region, which on Friday prompted authorities to urge residents only to leave their homes for essential trips.

“It’s natural to worry about it but it’s not my job to deal with that. It’s up to the (club) president and his staff — they’ll sort it out,” he said.

Inter Milan coach Antonio Conte lambasted an “insane” Serie A fixture list after their 2-2 draw at AS Roma on Sunday, saying it had been designed to make life difficult for his side.

Conte was unhappy that second-placed Inter hosted Torino last Monday before visiting SPAL on Thursday and then played Roma on Sunday. Roma, meanwhile, played their previous game on Wednesday, giving them an extra day to recover.

“Our calendar is insane,” said Conte. “It’s a calendar designed to cause trouble for Inter… there’s a strange anomaly.” 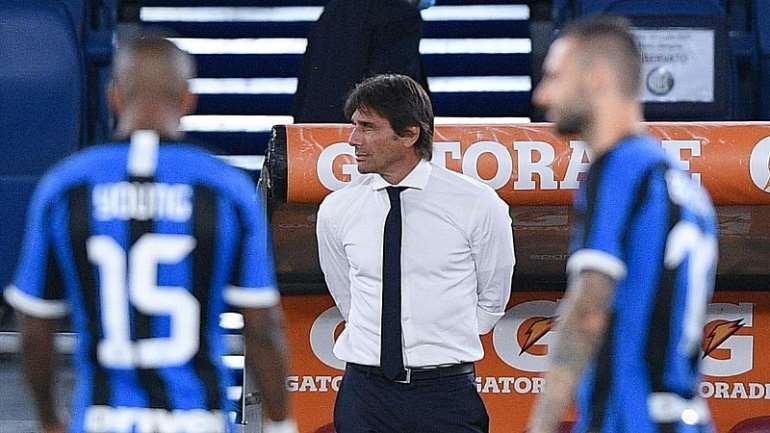 Following a three-month stoppage caused by the new coronavirus, Serie A has been forced to cram the final 12 rounds of matches into six weeks to complete the season by Aug 2.

But each set of games is staggered over two to three days, meaning teams play at uneven intervals.

Leaders Juventus will have a four-day rest between their match at Sassuolo on Wednesday and Monday’s game with Lazio.

“You can see we weren’t there when they drew up the fixture list,” said Conte. “There are other situations where teams have five days off. This is the third game in a row we have played against a team who have had one day off more than us.”

He was also unhappy that Inter’s last three matches have been 21.45 kick-offs local time.

“We are training at 29 degrees Celsius; we return after the games at four o’clock in the morning,” he said. “It’s always Inter that gets the short straw. It’s strange.”