A new Arbitration and Disciplinary Committee has been set up by the Musicians Union of Ghana (MUSIGA) in line with Article 19.5 of the Union’s constitution.

According to a press statement signed by the Acting President, Bessa Simons, the five-member committee shall investigate cases of indiscipline by members.

After investigations, the committee will also recommend sanctions to the executive council to be meted out to whoever flouts the union’s regulations.

Chaired by Madam Gertrude Boamah, a music educationist and conductor, the Arbitration and Disciplinary Committee also has members like lawyer Kingsley Amoakwa, Superintendent Freeman Tettey, Perppy Tsahey, a gospel musician and Paa Kwesi Holdbrook Smith who is a producer and promoter. 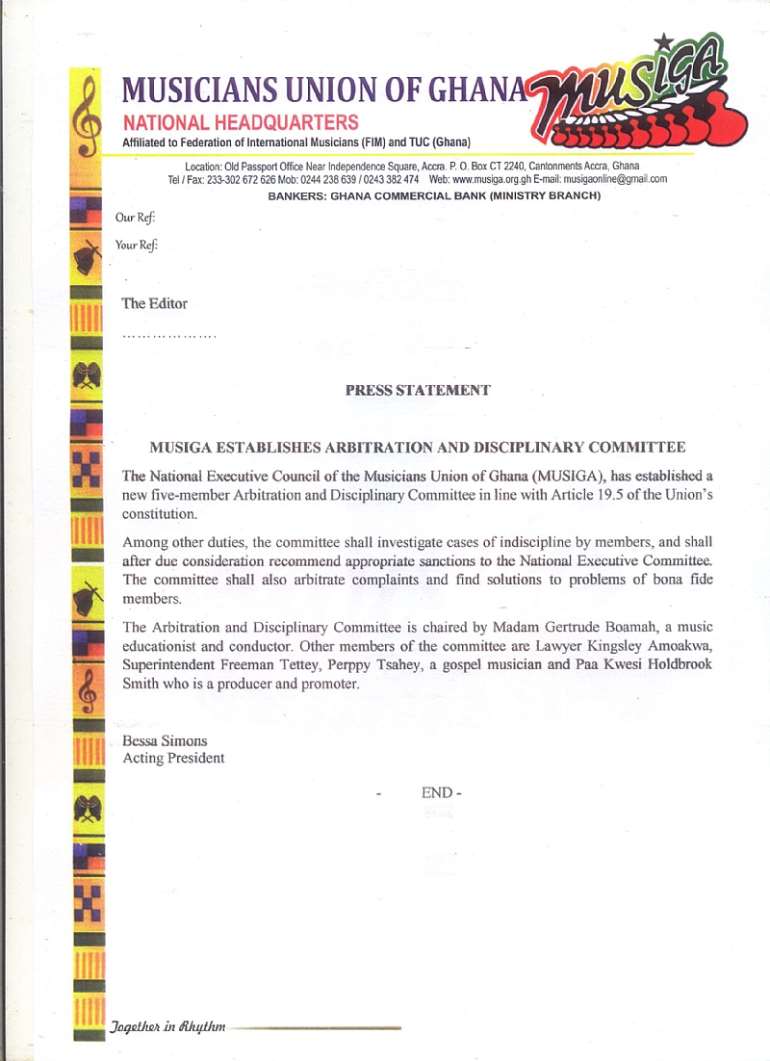 After almost a year of not holding its elections due to internal wrangling, the National Executive Council (NEC) of the Musicians Union of Ghana (MUSIGA), recently called off its elections until further notice.

They mentioned the current COVID-19 pandemic which has led to social gathering restrictions as one of the reasons for the postponement.

In the meantime, Ras-Caleb Appiah, Presidential Aspirant of the union still believes that the election process has not been transparent from the outset.