The flagbearer of the opposition National Democratic Congress (NDC), John Dramani Mahama says his running mate for the 2020 presidential election, Professor Jane Naana Opoku-Agyemang served with integrity during her time as the Minister of Education.

According to Mr. Mahama, madam Opoku-Agyemang has the necessary credentials that make her worthy of the running mate position.

John Mahama made the remark when he introduced Prof. Opoku-Agyemang to the founder of the NDC, Jerry John Rawlings, on Thursday, July 17, 2020.

He told Rawlings that Prof. Opoku-Agyemang served Ghana well “without blemish” when she was appointed Minister. 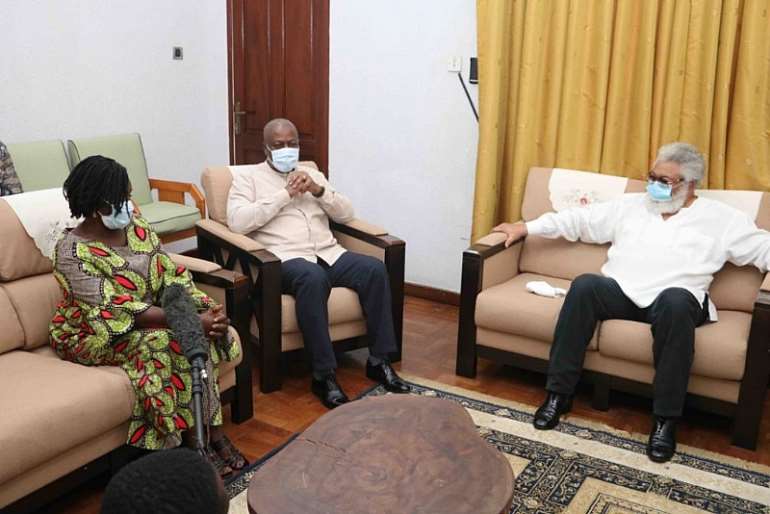 “We are not choosing her just because she is a woman but she also has the kind of credentials that make her worthy of the nomination. She has been a lecturer at the University of Cape Coast for so many years and she came out as the first female Vice-Chancellor of a public university here in Ghana. I appointed her as Minister of Education and served with integrity without blemish and did quite a lot in the area of education.”

“She supervised the free school uniforms program, the free school sandals. At the time we came into office, in the basic schools, four students used to share one textbook by the time she left office as Education Minister, each child had four textbooks to themselves and this improved learning in our country. Under her watch in the Education Ministry, Ghana for three consecutive years scored the highest in the West African School Certificate Examination and we took the three top spots consecutively and I had the honour to preventive the awards to the students.”