Is FC Nordsjaelland The New Model For Developing African Talent?

The transfer of Ghana’s Mohammed Kudus from FC Nordsjaelland to Ajax Amsterdam throws a spotlight on the unique ties the Danish club has with African football.

The top-flight team is owned by Ghana’s Right to Dream Academy, who have forged their own route for their graduates to follow into the European club scene.

Dutch side Ajax paid a reported fee of around $10 million for 19-year-old Kudus, which represents a major windfall for the Danish club.

Nordsjaelland could well call themselves the most African club in European football and not just because of their ownership.

The club’s first-team squad boasts nine Ghanaians and an Ivorian as well as a Ghanaian coach on their staff all backed up by a fulsome academy programme that mixes Danish and Ghanaian youngsters together.

Kudus’ move represents the biggest success yet for the 20-year-old academy, founded by an idealistic Englishman Tom Vernon in the front room of a house in Accra.

Despite those humble beginnings, the academy is now regarded by many as the model for a successful, and sustainable, programme for African youth.

Attacking midfielder Kudus, seen as a major part of Ajax’s future plans after signing a five year deal with the Dutch giants, has come through the ranks at the academy, now based on a campus in Asuogyaman in Ghana’s Eastern Region on the banks of the Volta River.

It is there that kids from the age of 10 to 16 are recruited after trials and offered a place at the academy where the emphasis is as much on education as it is on football.

“We took 17 years to build up the academy in Ghana to what I think is the best training facility in sub-Saharan Africa, with eight training pitches and a school fully accredited to the Cambridge International Examinations,” Vernon tells the BBC.

“Also, as far as we know, we have the only residential girls academy in Africa.

“The Right to Dream philosophy for development was something born out of the core values of Ghanaian culture and that’s very important for us. 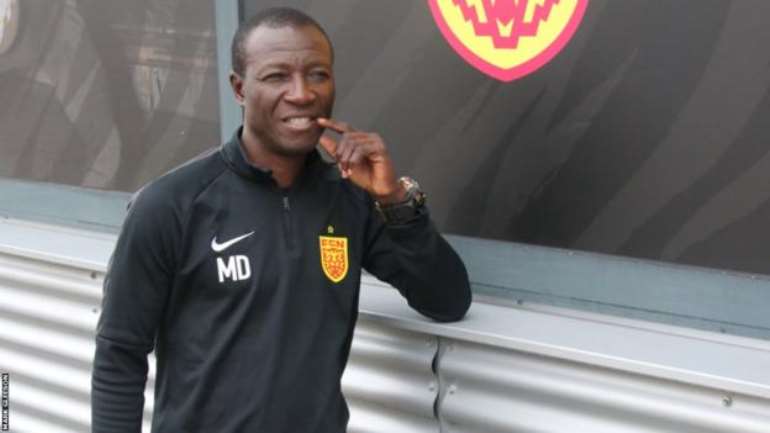 “We’ve seen many European clubs come to Africa and purchase clubs and implement a European philosophy in every aspect of what they do.

“Everybody looks to Europe for how to run an academy. What we want to do is really the reverse and export the best of Ghanaian culture.

“Rather than always coming to Africa to teach, there is so much you can learn here.

“When you look at the hyper-individualistic nature of football these days, and where it is being allowed to slide to, we wanted Africa to present a solution.”

One of the ways that philosophy is put into practice is the club policy that all their Danish players have to spend time in Ghana.

“What I learnt at that age is that there are a helluva lot of things you can learn in Africa rather than you can teach,” says Vernon, “and we can lift Danish players.”

“A lot of the African experiences can be massively formative; building character, building resilience and then playing against the best teams in Ghana.

“That’s a big challenge and so we want Africa to shape the growth of Danish players.” 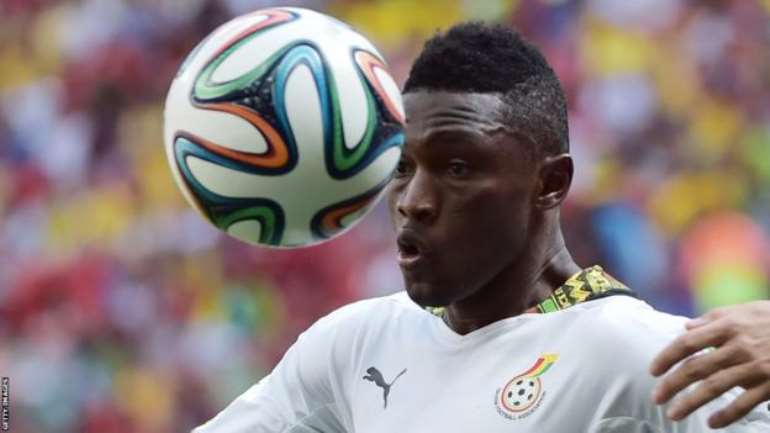 The academy has three pillars on which it is based, he adds – character, academics and football.

“I actually prioritise the character development over the football or the academic development, because the typical paths that our students are going to go down are going to be defined more by character than, let’s say, elite academics,” Vernon insists.

“If you ask any youth coach in the world which were the ones that came through, it was always the ones with the best character.”

Right to Dream have produced 20 Ghana internationals since opening their doors with Abdul Majeed Waris (on the books at FC Porto) their most successful graduate before Kudus.

“From (the age of) 10, we guarantee once a candidate is accepted, they have a six-year scholarship guaranteed,” Vernon explained.

“Everybody spends a minimum of five years at Right to Dream and then half of our kids typically go to the U.S.

“And then half typically are going pro, with the best ones joining Nordsjaelland and then we have a network of second division clubs across Scandinavia where players start their careers.

“A few have gone to Portugal and a lot of our guys have gone pro in America as well.

“Our success rates have been very high – roughly 95 per cent of each class either end up as professionals or on scholarship in the US.”

American investors, some of whom were host parents to Ghanaian youngsters on college scholarships, helped with the finances needed to buy the Danish club – a revolutionary move for any academy to buy its own club, never mind one from Africa.

“I still see often in the media, ‘FCN and its partner academy Right to Dream’,” he explains.

“Right to Dream actually bought the club and I think that’s a difficult thing psychologically for the West to swallow about anything emerging from Africa.

“For 500 years it has been the reverse. I think we want to be proud on two levels.

“One is the players who come through but secondly to say we are exporting an African philosophy into Europe.

“South America have successfully done that over the last 20 years, exporting coaches, players and styles of play to Europe.

From Africa, all we see is the export of players, but we don’t see the rest. Can we also export coaches and can export a world-class philosophy towards football from Africa?”