Coronavirus: How the outbreak has hit tourism in Africa

With its game parks, beaches and historic sites, Africa attracts a huge number of foreign tourists but numbers are sharply down because of the coronavirus outbreak, writes Larry Madowo.

Maria Maile has been cooking lunches and hosting overnight guests at her home in South Africa’s coastal city of Cape Town since her first three guests checked in nearly 22 years ago.

She lives there with her daughter and three grandchildren, but the spare room has been available to book – until that is the coronavirus outbreak shut down South Africa, and her business, in March.

“Guests are not coming in so the only income I’m getting is the social grant from the government,” she told me from her home in Cape Town’s Khayelitsha township.

“I fear for myself as well because I’m 70. I need the money, but my health comes first,” she added.

A few countries on the continent are starting to allow international flights again.

But this raises a dilemma: open up too fast and foreign tourists could bring a new outbreak of Covid-19; remain closed for too long and more livelihoods will be lost and there might be little left to salvage.

“To say the impact of the crisis has been devastating is an understatement,” said Naledi Kabo, CEO of Africa Tourism Association.

“I don’t think tourism will ever look like it did before.”

Africa received 71.2 million tourists in 2019 and the sector employed nearly 25 million people, according to the UN’s World Tourism Organization.

Travel and tourism contribute 9% to the continent’s economy but global movement restrictions and virus-induced travel anxiety have kept most people in Europe and North America at home as the summer holiday season begins.

You may want to watch:

African countries have already lost nearly $55bn (£43bn) in revenues so far, according to the African Union.

“Psychologically, people don’t necessarily feel safe enough to travel and even then, unemployment numbers are going up so disposable income isn’t where it needs to be any more,” said Eche Emole, who runs the events and travel company Afropolitan Group.

He has already cancelled planned tour group trips to Kenya, Tanzania, Ethiopia and Ghana. And now major end-of-year events in Accra, which attracted nearly 100,000 people in 2019, could be next.

“The goal right now is to stay alive. Whatever else you lose; you can always get it back,” Mr Emole said.

Tanzania and Tunisia, famous for their game parks and beaches respectively, are the only major African countries that have reopened international borders and are welcoming foreign tourists.

Morocco and Mauritius, both popular destinations, have ended national lockdowns but foreign visitors are not yet allowed in.

Kenya, Seychelles and Rwanda will resume international passenger flights on 1 August but with restrictions and visitors will have to test negative for coronavirus.

“Our rough estimate is that tourism revenues in 2020 will shrink by between 50 and 70%,” Clare Akamanzi, chief executive officer of the Rwanda Development Board, said in an emailed statement.

“However, this will depend on what happens in the last few months of the year after the reopening of the airports.”

Ms Akamanzi said recovery might take “12 to 18 months depending on how the Covid-19 situation evolves”.

South Africa, the country hardest hit by Covid-19 on the continent, may not play host to foreign tourists at all in 2020.

He expects that it may take two to three years to return to 2019 levels of 10.2 million tourists that visited the southern African nation.

Many South Africans were spooked after a widely shared news story at the beginning of the pandemic falsely claimed that Cape Town’s high numbers of coronavirus infections were caused by foreign tourists.

But Enver Duminy, CEO of Cape Town Tourism, said the first cases of Covid-19 were more likely imported by South Africans who had travelled abroad.

The agency has been researching how badly “the Mother City” has been affected as much visited attractions like Table Mountain remain largely empty.

“About 83% of businesses indicated that they would not survive longer than six months under the current lockdown conditions with 56% of businesses not having a recovery plan in place,” Mr Duminy said in a statement to the BBC.

Few in the African tourism business want to predict the future because the virus is so volatile. But they know it will be different. 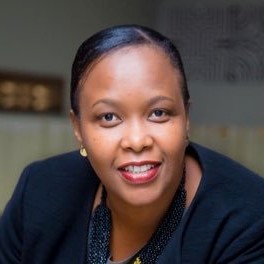 Namibia, Kenya and Rwanda are among nations adapting to a work-from-home era with virtual tours to appeal to a younger population.

“Rwanda will continue to position itself as a high value, low volume eco-tourism destination which we believe corresponds to the current trends that we are seeing today as tourists book their trips.

“Secluded outdoor spaces are the new normal and Rwanda has plenty of that,” Ms Akamanzi said.

Tourists at hotels, resorts and other properties on the continent may see less human contact as the experience evolves in an age of social distancing.

“What’s going to change fundamentally is the behaviour pattern of the tourists. This is going to be about safety and confidence and trust. And the less interaction they have with people, the safer they will feel,” noted Mr Ntshona.

The Radisson Hotel Group, which has 45 hotels and more than 5,000 employees in Africa, has already seen the inevitable effect on headcount.

“We really have focused on perhaps reducing hours, temporary layoffs or cutting costs in other parts of our business rather than taking very difficult decisions with our teams,” said Radisson executive Tim Cordon.

Like the rest of the industry, he believes domestic tourism will be first to recover as countries gradually ease lockdowns.

As a result, Ms Maile in Khayelitsha could until next year be serving lunches to South African visitors rather than the usual tourists from Paris and beyond.