The National Circles Council (NCC) of Asante Kotoko has resolved the longstanding impasse between the club and former head coach Maxwell Konadu.

The Porcupine Warriors club and the ex-gaffer has been involved in a legal battle for months with the latter chasing the former to pay up his entitlement after his sacking last year.

Coach Maxwell Konadu demanded a severance package of over $100,000 while the management of the club argued that the coach was entitled to about $13,500.

With the matter continuously escalating, the NCC of Asante Kotoko has taken matters into their own hands and has managed to settle the issues.

As a result of a fruitful resolution of the contractual litigation between the club and Maxwell Konadu, the coach has agreed to receive $41,000.

Below is a press release from the Asante Kotoko NCC on the matter: 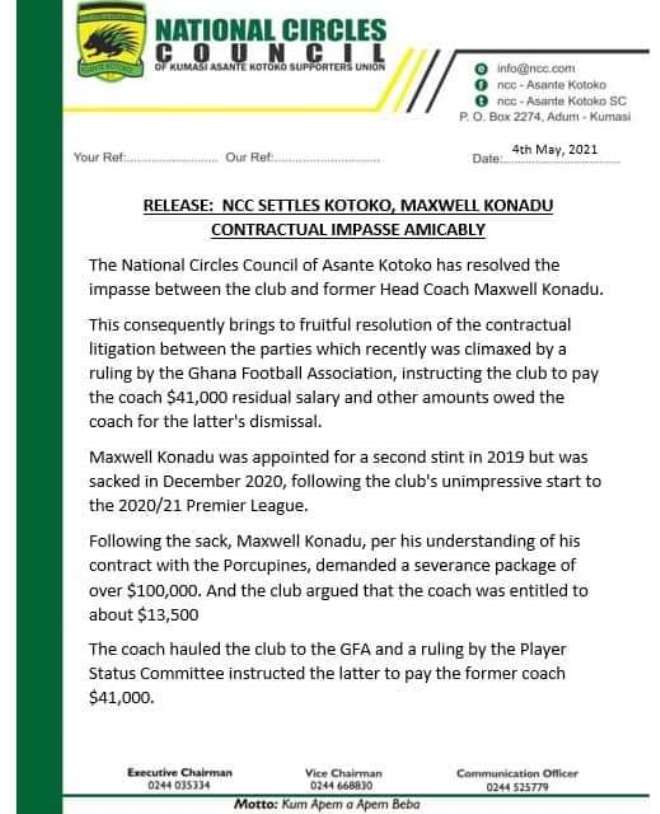