Akuapem Poloo Apologises For Posting Nude Picture With Her Son

Ghanaian actress Rosemond Brown popularly known as Akuapem Poloo has apologised over the publication of a nude photo with her seven-year-old son.

Akuapem Poloo posted the nude picture on her Instagram page on Monday, June 30, 2020 to celebrate her son’s seventh birthday.

The picture revealed the actress in a naked state squatting before her half-naked son and looking at each other as they held hands.

The photo has since received condemnation from many people on social media, including some civil society organisations, with Child Right International calling on the Police Criminal Investigations Department (CID) of the Ghana Police Service to look into the matter which according to them, amounts to the breach of the Welfare Principle of the Child’s Act.

However, following the viral condemnation, the actress came out to defend her actions on why she posted that picture, saying “I always bath with my son naked.”

See video and pictures below 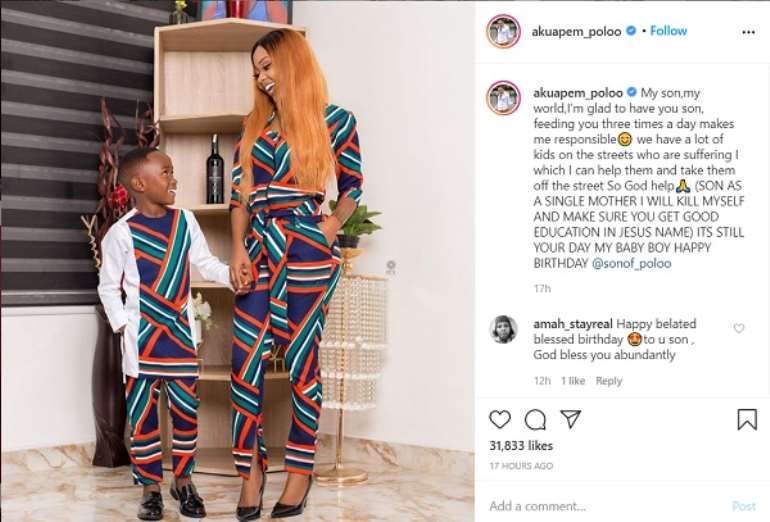