A member of Ghana’s 1992 Africa Cup of Nations (Afon) squad, Prince Opoku Polley has revealed that Anthony Yeboah failed to accept free-kick responsibilities against Ivory Coast in the finals in Senegal.

Polley explained that confusion rocked the team after the then head coach of the side, Otto Pfister named Anthony Baffoe captain for the team.

Abedi Pele. who was the substantive skipper of the Black Stars was suspended for the final against Ivory Coast in 1992 after receiving two cautions.

In the absence of Abedi Pele, Baffoe, who was a new member of the team was selected ahead of the senior players including Toy Yeboah.

And Polley who was a member of the team has confirmed that the captaincy issue had a negative effect on the four-times champions of Africa. 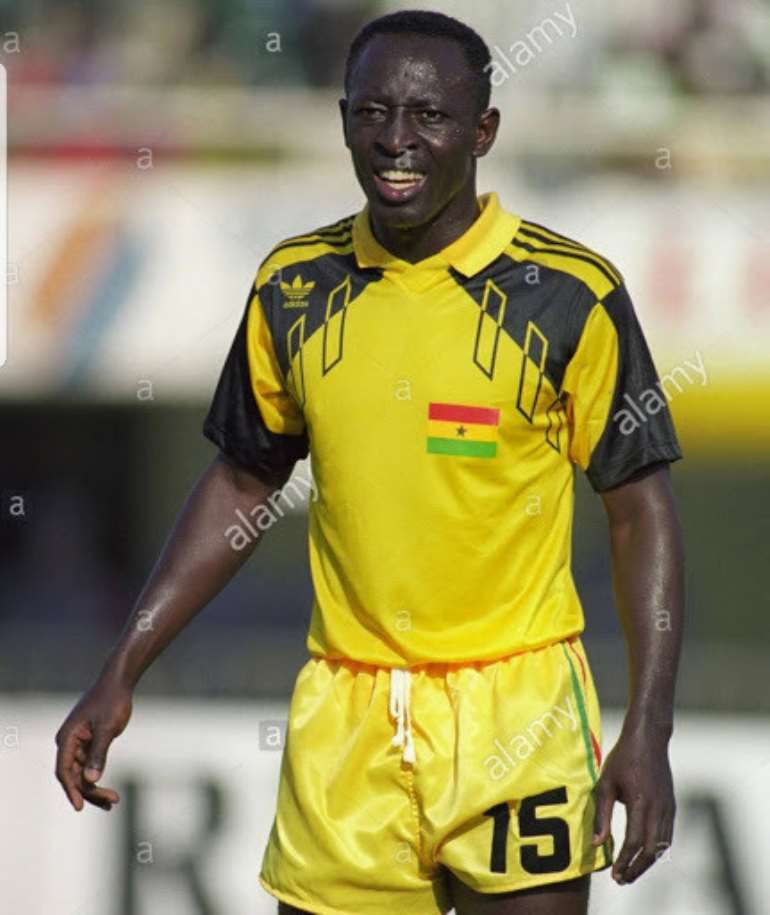 Prince Polley
“Tony Yeboah was the one who brought Tony Baffoe to the Black Stars, so when he was named the skipper of the team ahead of him he felt Ghanaians didn’t have confidence in him,” he told Kasapa FM.

“When Baffoe was named the captain of the team ahead of the final, the mood in camp changed. I quite remember before the game Otto Pfister told Tony Yeboah that whenever Ghana get a free kick or a penalty in an open play Tony Yeboah should take it, but he told the coach to find another person for those duties”.

Ghana were the overwhelming favourites for the 1992 final, but they were held to a goalless draw after half time and subsequently lost to their West African neighbours Ivory Coast 10-11 on penalties.

The Black Stars have not won the Afcon since 1982.